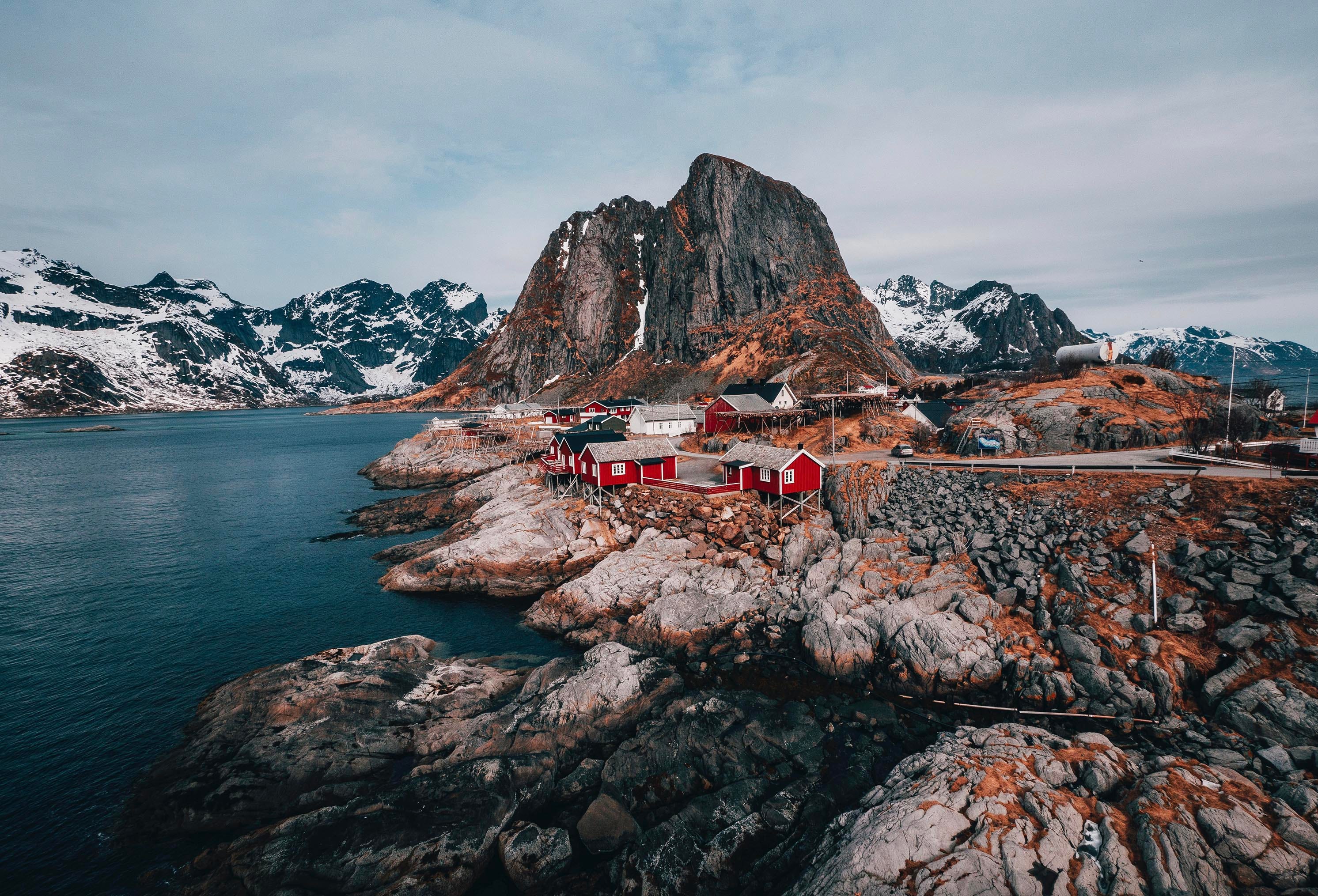 You might have seen Nordic-style beers on the shelves of your local bottle shop or sneaking into your favorite brewery’s lineup. Although Scandinavia’s influence on craft beer is now apparent, just a few years ago, that wasn’t the case. Much of the country’s beer brewing happened behind the scenes: in farmhouses untouched by the passing tides of macro-beer trends.

“In the Nordic countries, there is a whole style of brewing that has so far almost completely escaped the attention of beer enthusiasts,” Lars Marius Garshol wrote in 2010. “Although some tips of the iceberg are showing above the surface here and there.”

Garshol is often credited with bringing mainstream attention to the unique beers made by homebrewers in Nordic countries. Although famed beer writer Michael Jackson visited the region in 1993 to learn about a “Norwegian strain of yeast, perhaps dating back to Viking days,” it’s Garshol who recognized the particular importance of kveik, which is a family of farmhouse yeast cultures utilized for centuries by Norwegian farmhouse brewers.

From near obscurity to overwhelming popularity, Nordic-style beers are receiving shine from some of the most popular breweries across the globe. The potential for kveik is just starting to be appreciated.

WHY NORDIC BEERS?
Kveik (pronounced kuh-vike) ferments quickly and produces a range of flavors, from lush tropical fruits to oranges. The profile of kveik lends well to the types of beers created by Bryan Grohnke, co-owner and head brewer at Middle Brow Beer in Chicago.

“There's something to be said for seemingly simple and delicious malt- or yeast-forward beers that have a certain ‘WTF’ component to them in the background,” Grohnke said. “And kveik's s subtleties are truly remarkable.

“A lot of what we brew here are wild ales,” Grohnke said. “Brewing beers with yeast that we isolated from our garden or from the grapes of our natural wine/beer collaborations with some of our pals from California. We like brewing with local malts, experimental grains and locally grown hops.

Grohnke isn’t just inspired by kveik as an ingredient. He draws ideas from the stories and lore behind the yeast family.

“There's a bit of mystery, conjecture and romance to (Nordic beers),” said Grohnke, whose beers give a nod to historical styles but are by no means replicas. “We aren't setting out to recreate specific styles or pretending to know exactly how these beers drank so many years ago. But what we can do is jump at every opportunity to incorporate these newly available raw ingredients (kveik, Nordic inspired grains) in our beer. Complete freedom and experimentation, much like how these beers were brewed historically.”

Middle Brow works closely with Sugar Creek Malt Co. in the neighboring state of Indiana to source grain for its beers. Sugar Creek Malt’s grains are grown within 200 miles of their 1,400-acre farm. This means truly local ingredients and handcrafted malts.

“Caleb, the owner, has a persistent passion of bringing malts of yesteryear back into the hands of brewers today,” Grohnke said.

Middle Brow uses two malts from Sugar Creek: a wind-malted barley with an aroma of fresh green grass and Stjørdal malt, which is “barley dried over continuously stoked alder wood fires in his custom built Såinnhus.”

Grohnke brewed two beers with kveik yeast using these Nordic-style malts. He found them to be wildly new and different while harkening brewing traditions of the past.

“Both of these beers, fermented with kveik, introduced new flavor and aroma profiles that I've previously not encountered,” Grohnke said. “It was super exciting to experience something so new, yet old at the very same time.”

BREWING NORDIC BEERS AT HOME
Nordic beers might be impossible to replicate — you can never recreate the feeling or place of a beer emblematic an entire region — but the power and potential of kveik gives it incredible potential for homebrewers.

“From a homebrewer’s perspective, kveik is amazing,” Grohnke said. “Being able to ferment without temperature control or having a beer complete fermentation in just a day or two. I'd bet that's every homebrewer's dream.”

Kveik thrives in hot temperatures and can withstand harsh conditions that would normally produce poor flavors or kill yeasts. It can ferment quickly, cutting down brewing times and can be pulled out of dormancy when needed. If you’re wondering where to nab some of your own kveik strains, look no further than Omega Yeast, a yeast library and supplier that became interested in kveik after reading Garshol’s work. Omega Yeast has several kveik cultures that help accentuate particular flavors, along with recipes and suggestions for how to best utilize each culture. Grohnke recommends OYL-090 espe, which he’s used in his own brewing.

“We fermented a Nordic wind malted beer with this yeast and the white fruit character was too fun,” he said. “Similar to the subtleties you'd get from Kolsch, but more tropical with a touch of honey.”

Yet Grohnke isn’t just inspired by the ingredients, rather the lore and tradition of brewing Nordic beers that transcends time.

“There's so much mystery and romance involved with these Nordic-style beers,” Grohnke said. “I haven't had the opportunity to taste a true Norwegian farmhouse beer, but fortunately there is a lot of documentation on the brewing process. And I think this brewing process is just as important as the styles created.”

Anything new or trendy can be seen as potentially off-putting or daunting. What’s exciting about the advent of Nordic-style beers in areas outside of Norway is that it combines both the novelty of new with the longstanding tradition of Nordic farmhouse brewing. Kveik is an incredibly accessible product that can eliminate brewing obstacles. Folks like Grohnke take inspiration from these beers to learn more about their local surroundings. Just recently, Grohnke and the Middle Brow team went foraging for ingredients to brew a beer influenced by Nordic brewing traditions, even building their own cinder block kiln to recreate the long malt drying process.

“I think this brewing process is just as important as the styles created,” he said. “This documented history allows us to at least truly experience how the beers were brewed. And there's nothing more rewarding than stripping everything down to the basics to brew like they did so long ago.”