Conditioning and the Canning Game 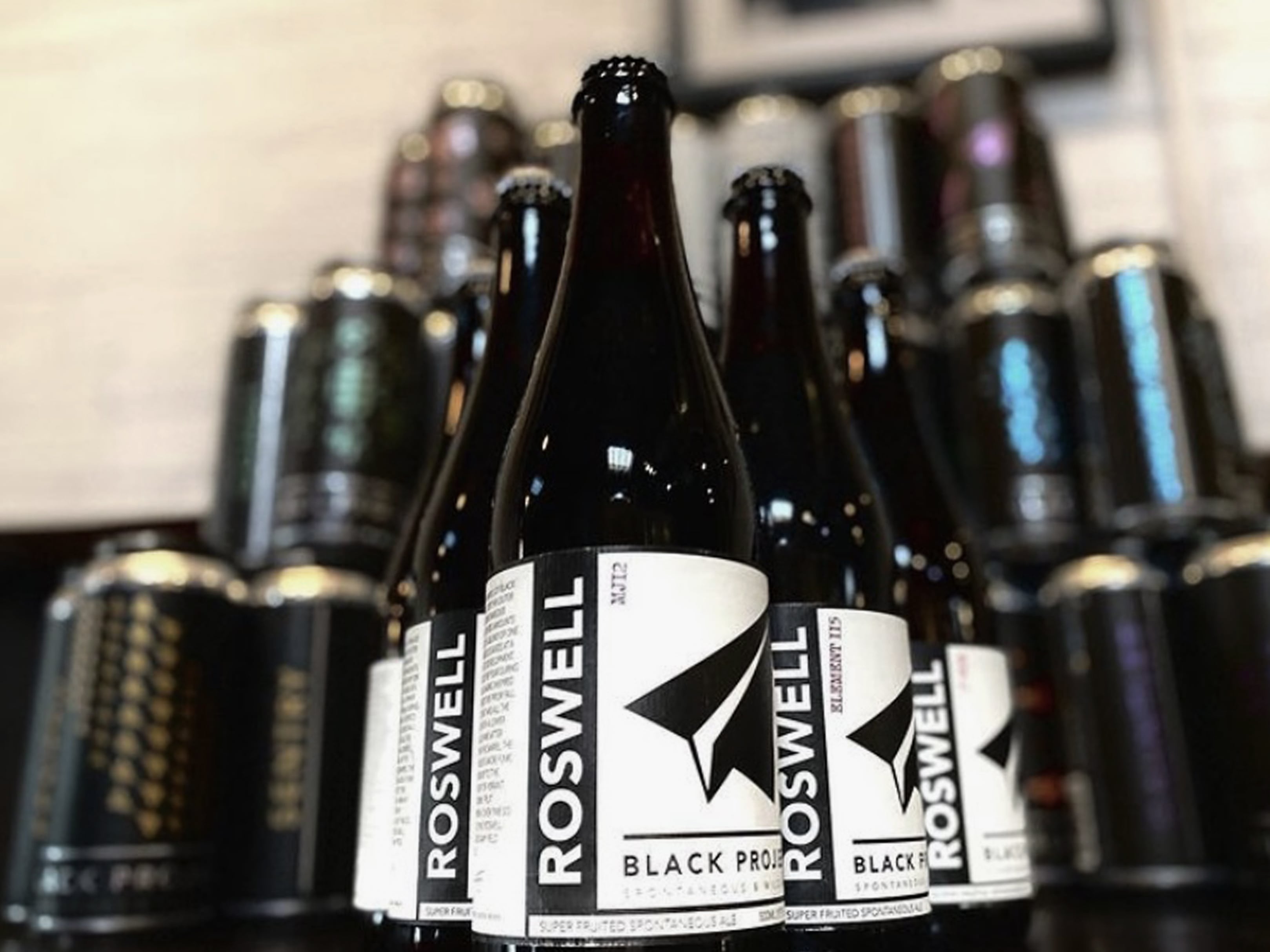 How much does it cost to clean a distributor’s truck after a six pack of beer decides that aluminum was too restrictive for its unexpected new friend, Lactobacillus? Not much really.

Hunting down and recalling every case of beer from accounts? That is going to hurt a bit making those calls, drives, and dealing with the invoices. Not to mention shake up you brewing schedule…

Posting on social media that a flagship beer is going to experience all of the drama of 2020 and will make sure the rest of the fridge does too? Hold your breath. Will the fans love the honesty or deride the brewery for putting out an inferior product?

A cold can of beer is a wonderful thing in that it is essentially a single serving, not a full commitment, and shareable with someone worthy of the experience. Every college campus, major party, or camping trip is familiar with the sounds of the empties being dumped together and jostled. Every beer drinker has had at least one night where they lost track of how many cans caused that hangover and swears THAT WILL NEVER HAPPEN AGAIN. But, honestly, it probably will.

Bottles, the OGs
However, most of these memories are formed around macro product lagers or decent large scale microbrewery IPAs. These beers are perfected for canning with little-to-no flavor loss overtime, and they aren’t meant to be cherished for years, but immediately enjoyed. Small microbreweries that could not afford the expensive lines, unless they were willing to black market some organs, resorted to hand bottling, which may have held on for a bit, depending on the style. Almost every brewer has experiences with some sort of bottle conditioning, whether in a homebrew setting or commercially. Bottling is one of the oldest forms of packaging beer (think 1700s and a good time for revolutions), and for good reason: It is more tolerant of the pressure changes that can result from refermentation. If a brewer is producing a product where the yeast strain has completely carried out their job and there are minimal fermentable sugars, refermentation is unlikely to occur. However, in certain beer styles, fermentation continues in the bottle when stored and aged, and can create an incredible depth of flavors with a great deal of patience and a little head space between the beer and the cork. Corks also seal the bottle better than a cap and provide air flow so pressure is less of a problem.

The bottle itself can be the real star of the conditioning game, not only in terms of strength of the glass, but also the opportunity it offers to see the beer. Are there bits of adjunct in there? Not everyone wants to chew their beverage. Are there significant amounts of yeast? Not really a great mouth feel.

Cans Stepping into the Game
A can is a completely different conditioning adventure, not to mention the history of that packaging evolution, which one may find to be a great Wikipedia rabbit hole if you don’t know about it. Regardless, canning is in a lot of ways more affordable and easier to accomplish, transport, imbibe, etc. When one considers the fact that a brewer can’t see what is going into the can (is it fruit? Is it yeast?) and that an aluminum can has the possibility of bursting at 100 psi because of a poorly seamed lid, not considering refermentation, or poor canning practices, it is a bit more technical than its predecessor, the glass bottle. These beers aren’t meant to be aged, so it changes the attitude on which beers to package and move in distribution.

In observing the rise of the New England IPA, there was a change in perspective of canning because these beers had to be enjoyed immediately, and in some ways, the stigma of the glass bottle just didn’t make sense for these extra-hoppy delights. Also, beer drinkers weren’t quite ready for the appearance of this once novel IPA. One brewery went so far as to tell drinkers that the beer was best out of the can! One could say that was a heady marketing decision on their part.

As the canning lines evolved, becoming more affordable and other companies arose to provide the belts, driers, and de-palletizers, more breweries found ways to share the equipment or outsource it to traveling canning companies. Beers became more accessible in the can, but with this came different problems. “Clean” beers had to have the carbonation just right and methods seemed pretty standard, but what about their more difficult brethren of an adventurous micro profile? How were they to evolve with these changes?

Meeting Consumer Needs- Black Project Spontaneous and Wild Ales
In sitting down with James Howat of Black Project Spontaneous and Wild Ales, there is quite a bit to be said on how the brewery evolved to meet the needs of the consumers.
“We originally were called Former Future Brewing Company and we made all different kinds of beers including every Black Project beer style from the very beginning. We didn't release the first one for eight months and it was in bottles and from there it was monthly releases and bottles. After about 18 months, we switched over to the taproom and just only did that kind of beer. It was all bottles and we kind of resisted cans for a long time. We eventually realized that a lot of the beers were heavily fruited and dry hopped. They weren't necessarily delicate beers, meant to age.”

Fruits, hops, and other adjuncts that provide the memorable flavors fade over time. Dig deep into almost any beer fridge (and some liquor stores) and there will be a lonely, forgotten beer that tastes like depression, since it wasn’t enjoyed during its prime. The hops don’t pop. The berry tartness is a ghost of the flavor it once was and is more comparable to poorly prepared, diluted Kool-Aid. Definitely not an “OH YEAH!” experience on the palate.

Being able to get these unique beers out the door to be enjoyed is its own challenge. Black Project is proud of their spontaneous ales, but also don’t want to know which microbes were invited to the cool ship party. They can the beers flat after a purge with CO2. Although Howat and his team did a great deal of research and studying of this process, there was criticism from some individuals that they were leaving too much head space.

“We purged it with CO2 and put the proper volume in, but people complain about the headspace. Normally, that’s foam at the top of the can, and that takes up head space. We don’t have the ability to have foam, but within about three days, the cans are carbonated, seven is about as long as it would take. They are pretty much ready to go within 14 days.”

“The only time we use lab yeast in our entire process is in canned conditioning, because we know from conditioning bottles that they take many, many months to be either cleaned up and ready to drink or sometimes carbonation takes a long time. We use a yeast that is designed for can and bottle conditioning, and it compacts nicely at the bottom and works fast.”

Yeast dosing is not a new practice and is used by many large microbreweries. But using this method with a beer that may or may not still have live cultures in it is a different perspective. Most canning breweries carbonate and cap on foam, reducing head space as much as possible. This also reduces the opportunity for dissolved oxygen to become a factor in product degradation.

“So the beer is in the big square tank, and we just run a recirculation.We make almost a simple syrup out of the sugar and then that sugar solution more easily blends in with the beer and more evenly than trying to dissolve sugar in it. We then hydrate the yeast, add it in there and then recirculate,” describes Howat.

Considering the significant amount of fruit that goes into making some Black Project beers, it is a unique problem that has to be considered. Temperature plays a huge role, and in the space that is used, this presents its own unique challenges, since this eventually becomes a factor in proper carbing of the beer and getting the yeast dose correct.

“If it has fruit debris that ends up in the bottom, causing nucleation points  If you open it really cold and pour it, it seems not really overcarbed, maybe three volumes. But if you open it a little too warm, you can see it’s fine. It isn’t just overcharged nucleation points, so we use a stainless steel screen. It’s not like a filter. It gets out the larger particles and the way we do the fruited beers is almost like a wine process: they’re fermented on the fruit in one tank and then racked off so the debris settles. And then before canning, the beer is racked to a second tank and settles again. When we’re circulating, we don’t pull off from the bottom of the tank.”

As anyone who has experienced a couple of hours in production, canning moves fast. In this day and age of mobile canning, the costs of having the team and the equipment there adds up fast, so a brewery has to press on and make best use of the time. If there is a change in the beer, it is hard to do a pivot and problem solve. At the end of the day, a brewer must be prepared for the surprises that come with canning and anticipate what may happen when the beer goes out the door and prepared for a change to that song and dance.

Appreciate that Can
Which brings us round to the consumer and, everyone’s favorite: beer rating platforms! As horrible as it sounds, right now, these actually matter way more than they did before. Without that conversation across the bar, a customer is going off of label artwork, style, and expectations that are being set by social media. Creating a great quality product and bringing it to market spectacularly, every time, is hard to manage. And it's even tougher when the method of packaging and the cost to participate is more difficult for many microbreweries striving to survive the changing economic climate, in which marketing and word of mask is more important than ever. Howat made some savvy choices in getting in on the canning game early and perfecting his process specifically for Black Project beers, before letting the world decide what he should do to maintain a great brand. As new brands are welcomed into the rotation of beverages and sent off across the country, consider how much work had to go into making that one can happen.

Also, peel off the label or shrinkwrap. Those aren’t recyclable.

About the Author
Emily received her Bachelor of Science in Biology and Chemistry from Le Moyne College in 2009. Having always nurtured a passion in microbiology and chemistry, Emily has always enjoyed being in a laboratory environment. Her altruistic nature and desire to care for others gave her eight years of success in the medical field and acceptance into medical school. After choosing to forgo medical school, Emily moved to Colorado looking to rekindle her passion for the laboratory sciences. After a hard weekend of enjoying craft beers, Emily decided to grab life by the pint glass and founded Fermly in 2018. Emily is a Certified Beer Server in the Cicerone program and a provisional BJCP judge.